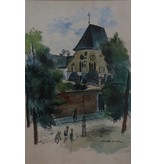 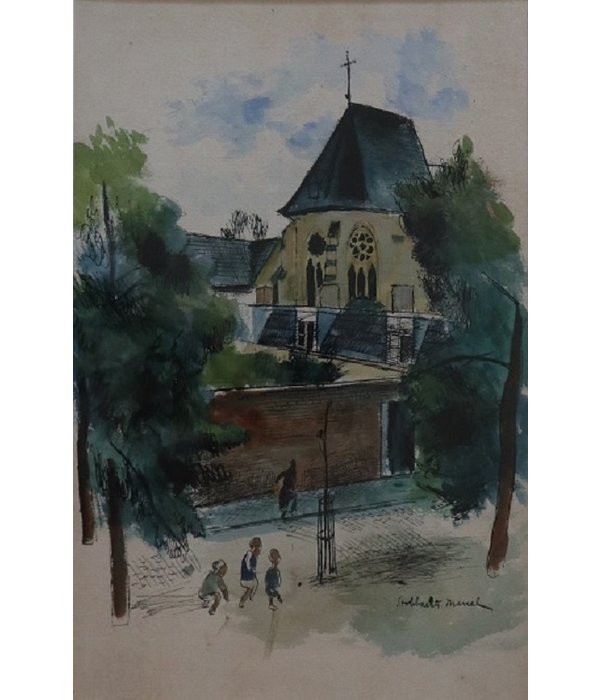 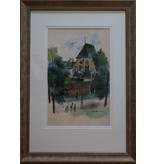 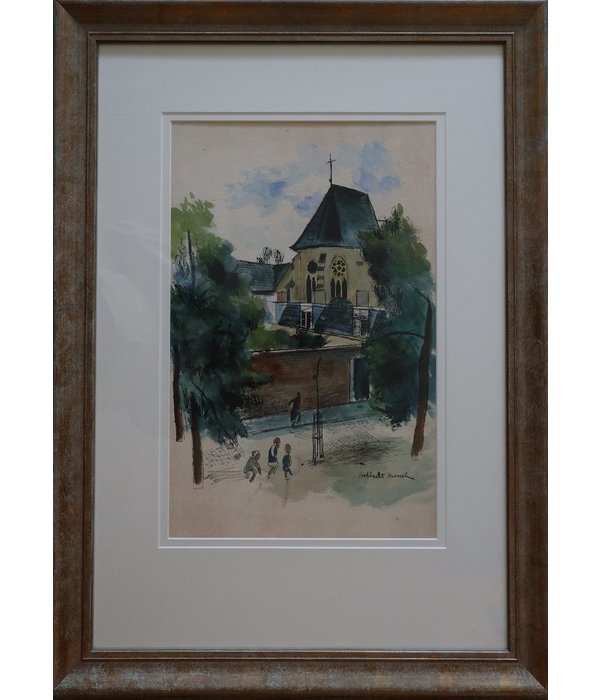 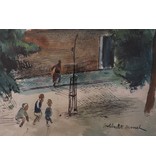 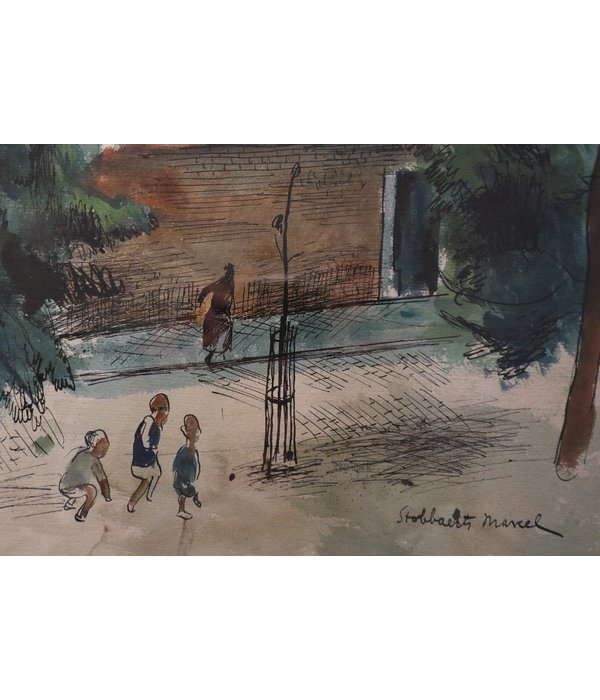 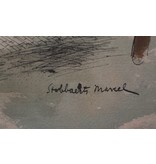 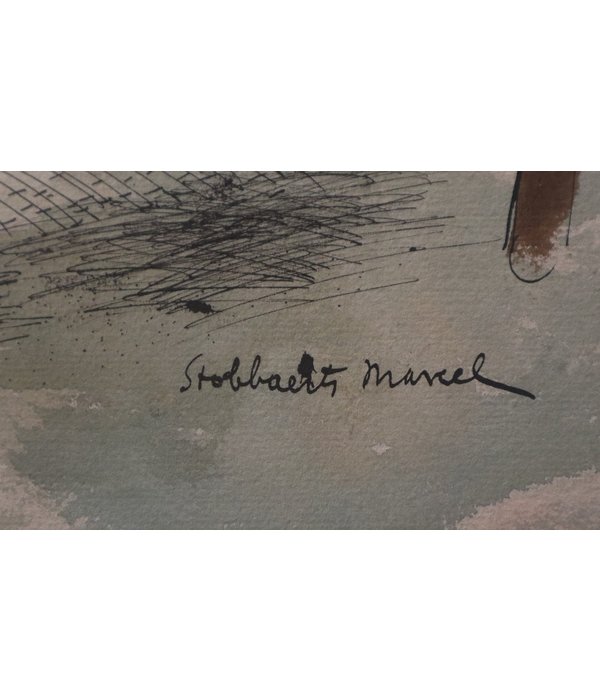 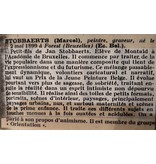 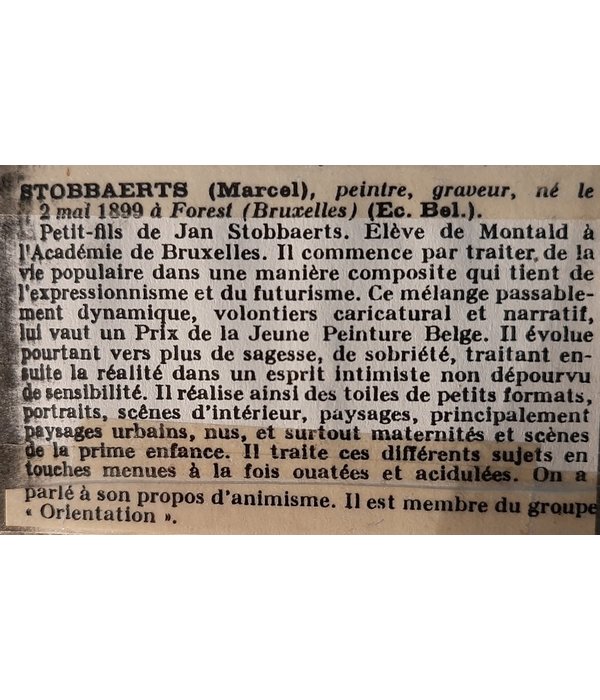 Marcel Stobbaerts (1899-1978) Belgium, was predominantly influenced creatively by the 1900s and 1910s. The first decades of the twentieth century were characterised by lively advances in pictorial art. It was the era of post-Impressionism and of experimentation, including the first forays into Expressionism and Abstraction. Many different groups of artists or loosely associated communities of the avant-garde in a number of major cities around the world developed a variety of modes of these significant innovations. The first major Post-impressionism movement in the first years of the twentieth century is generally considered to be the Fauves, a group for whom vivid, other-worldly colours and vibrant brushstrokes were a key component of painting.