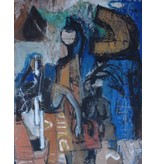 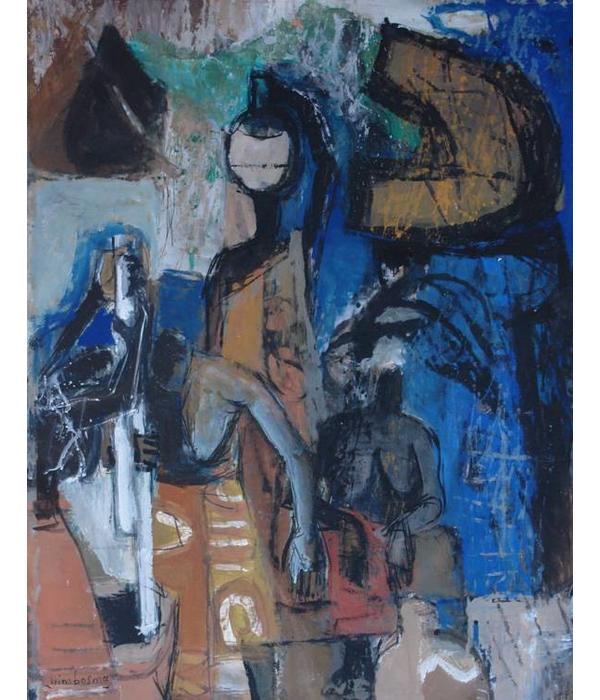 Self-taught painter Wim Bosma was born in Amsterdam in 1902 and died in 1985 . In the late 1920's and in the 1930's he painted in a realistic style industrial subjects ( harbour scenes , trains , airplanes , boats).
After 1945 his art developed into a more expressionistic style and became more free and colourful. Other subjects became popular . In the 1950's African scenes were his main theme. The gouache we are offering here is a good example of this period. It is in very good original condition without restaurations or alterations.